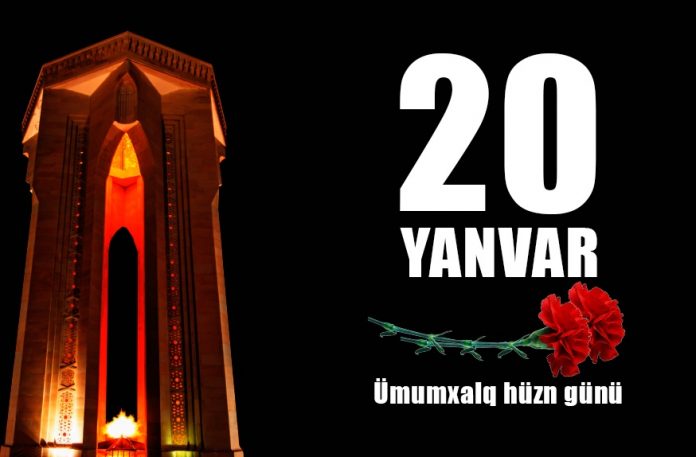 Azerbaijan commemorates the 30th anniversary of the 20 January tragedy-the bloody date in the country’s history.

On 20 January 1990, though the Azerbaijani people suffered military, moral and political aggression, they displayed their ability to maintain the traditions of historical heroism and resist the cruelest attacks for the sake of the freedom and independence of the motherland, even becoming martyrs. The sons of the motherland perished on 20 January 1990 while defending the freedom and independence of Azerbaijan and by their bravery made a vivid history in the chronicle of heroism of our country.

The then leader of the Soviet Union Mikhail Gorbachov backed Armenian separatists instead of calming down tension. In respond, thousands of protesters moved to the central squares of Azerbaijan’s capital Baku and other cities demanding to put an end to the communist rule and to restore independence and sovereignty of Azerbaijan.

This date will forever remain in memory of the Azerbaijani people as a day of national mourning. Every year hundreds of thousands people visit The Alley of Martyrs to pay homage and respect to the brave sons and daughters of Azerbaijan who laid down their lives in the struggle for freedom and independence of their homeland. Ages will pass but the memory of these heroes will live in our hearts forever!