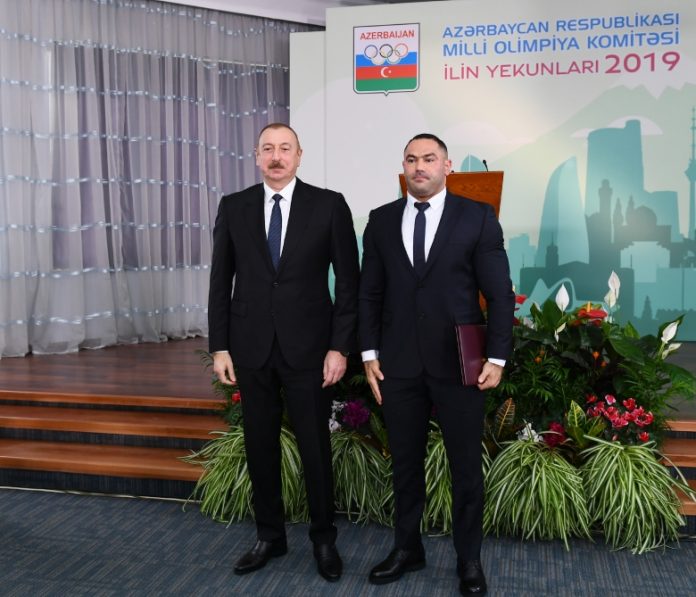 At the event, awards were given to athletes and sport professionals who have served in the development of physical culture and sports in Azerbaijan and achieved outstanding results in 2019.

The representatives of “Zirve” International Sport Clubs were also amid them. Thus, President Ilham Aliyev rewarded powerlifter, three-fold world champion and experienced athlete Ramil Ahmedov with the honorary decree of the President of the National Olympic Committee.

Our athlete, who got such a high prize by the head of state, was very pleased with the value. He expressed his feelings: “It is a great honor for me to attend such an event devoted to the results of the year and personally to be remunerated an honorary decree by the President. This is the greatest value for my work and what I do for powerlifting. I am grateful to the head of state!

Furthermore, I would like to thank Azer Aliyev, the Deputy Secretary General of the National Olympic Committee, the leadership of the powerlifting federation, my friend and coach Hafiz Verdiyev, as well as, the president of the “Zirve” ISC-Tofig Heydarov for their support. ”

We, as the “Zirve” International Sport Clubs, congratulate our athlete and wish him further success! 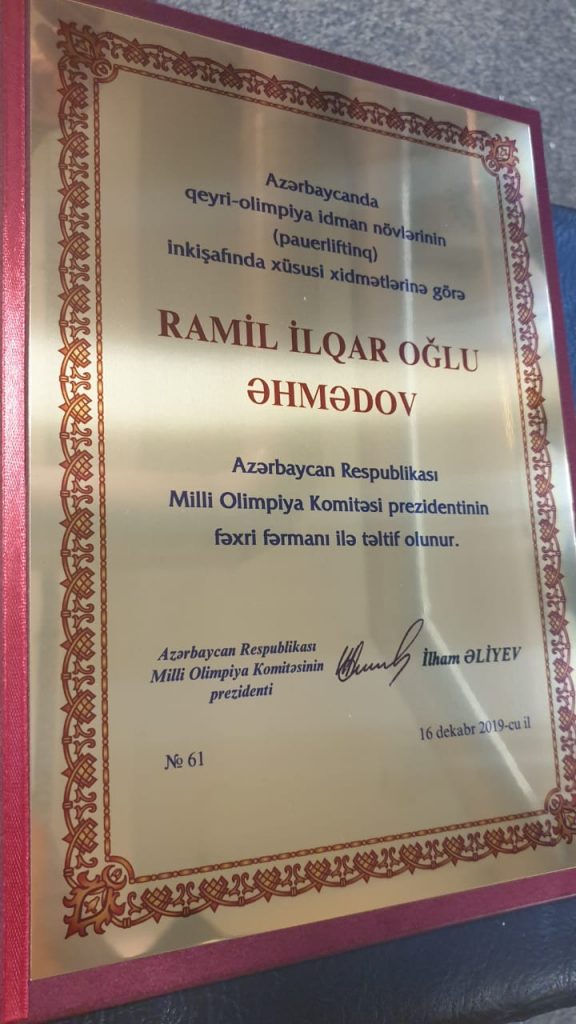 The Ministry of Youth and Sports held a meeting with our...