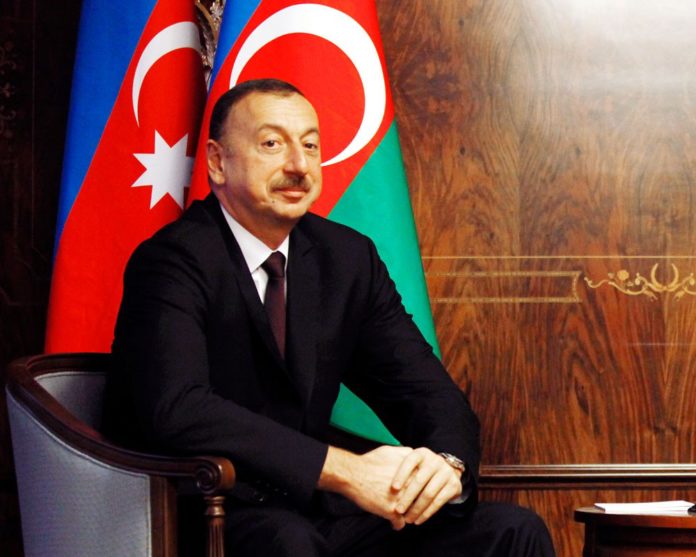 December 24 is the birthday of Azerbaijani President Ilham Aliyev.
Aliyev was born in Baku on December 24, 1961. He entered the Moscow State University of International Relations (MGIMO) in 1977 and graduated it in 1982. Upon his graduation, Ilham Aliyev continued his education as a postgraduate student at MGIMO and received a Ph.D. degree in history in 1985. He taught at the Moscow State University of International Relations between 1985-1990. From 1991 to 1994 Ilham Aliyev was involved in the private business sector, heading a number of industrial-commercial enterprises. He was vice president, and later the first vice president of the State Oil Company of Azerbaijan (SOCAR) from 1994 to 2003. He was actively involved in the implementation of Heydar Aliyev’s oil strategy.

Ilham Aliyev was twice elected to the Milli Majlis (parliament) of Azerbaijan in 1995 and 2000, and resigned from his post in 2003 due to his appointment to the post of prime minister.

In addition to his existing responsibilities, Ilham Aliyev has been presiding over the National Olympic Committee since 1997. Ilham Aliyev was re-elected to this post in 2016.

Ilham Aliyev was appointed Prime Minister of the Republic of Azerbaijan after his candidacy was approved by the country’s parliament August 4, 2003.

On October 9, 2013, Ilham Aliyev was elected for a third term by an overwhelming majority of voters (84.54 percent) for the next five years. He assumed the post on October 19, 2013. At the presidential election in Azerbaijan, which took place on April 11, 2018, Ilham Aliyev won the election, gaining 86.02 percent of votes. He assumed the post on April 18.

By voting for stability, sustainable socio-economic development, progress and independent policy, the Azerbaijani people ensured a happy and prosperous future of a free and democratic Azerbaijan Republic.

The unity of the Azerbaijani people and the country’s president was once again demonstrated in 2016. Thanks to the care and attention given to the army building by the Supreme Commander-in-Chief of the Armed Forces, President Ilham Aliyev, today Azerbaijan has the strongest army in the region.

As a result of successful actions in May 2018, the village of Gunnut of the Sharur district and the strategic heights of Khunut (2,065 meters), Gyzylgaya (1,683 meters) and Mehridag (1,869 meters), located around the village, returned to the control of Azerbaijani units. The operation once again showed the strength of the Azerbaijani army.

These events once and forever changed the recent situation and proved the unacceptability of the status quo in the settlement of the Armenia-Azerbaijan Nagorno-Karabakh conflict.

2018 was marked by another success achieved in the country’s foreign policy. The final resolution adopted following the NATO Summit expresses unequivocal support for the territorial integrity of the countries of the South Caucasus, including Azerbaijan.

We can say with pride that success achieved by Azerbaijan is the result of successful domestic and foreign policy pursued by President Ilham Aliyev.

The staff of “Zirve” International Sport Clubs sincerely congratulates President Aliyev on his birthday and wish him long life and well-being!

Dan certificates have been presented to the karate players of “Zirve”

The representatives of Azerbaijan sports management visited the AAAF Park-PHOTOS