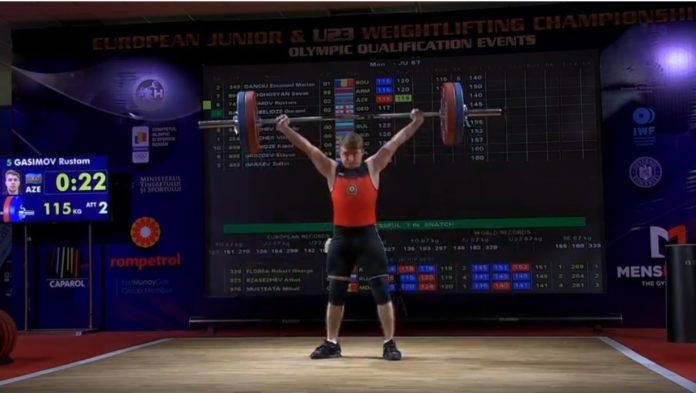 From the 17th to 27th of October, European Junior Weightlifting Championship amid U-20-23 goes on in Bucharest, the capital of Romania. In these competitions, which have license character to 2020 Tokyo Olympic Games, attend 488 athletes (206 women and 282 men) from 41 nations. Members of the Azerbaijan national team also join the struggle for medals.

Additionally, Gasimov was able to handle 151 kg in clean and jerk, which meant renewal of the 150kg result, a record for European youth upgrades. At the same time, the 274 kg result by Rustam in total was also the renovation of the European record of 270 kg by 4 kg. Records introduced in clean and jerk, and in total, also updated two and one kilogram, respectively, by Kurami Giorbelidze, who competed in today’s competition. 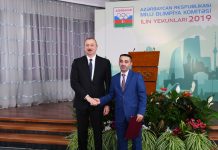 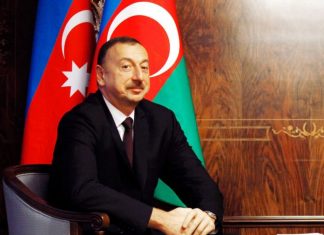 Pasha Ibrahimli at the highest step of honorary chair!