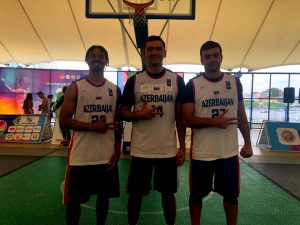 “Zirvə-Astara” is in Group A. Here, the team surpassed the “Princhi Nuri” with a score of 22:14 in the first match, however in the second match they lost to “Ostrovech Rosatam” (14:21) and took the second place of Group.

Our judoist triumphed in the Baku Championship