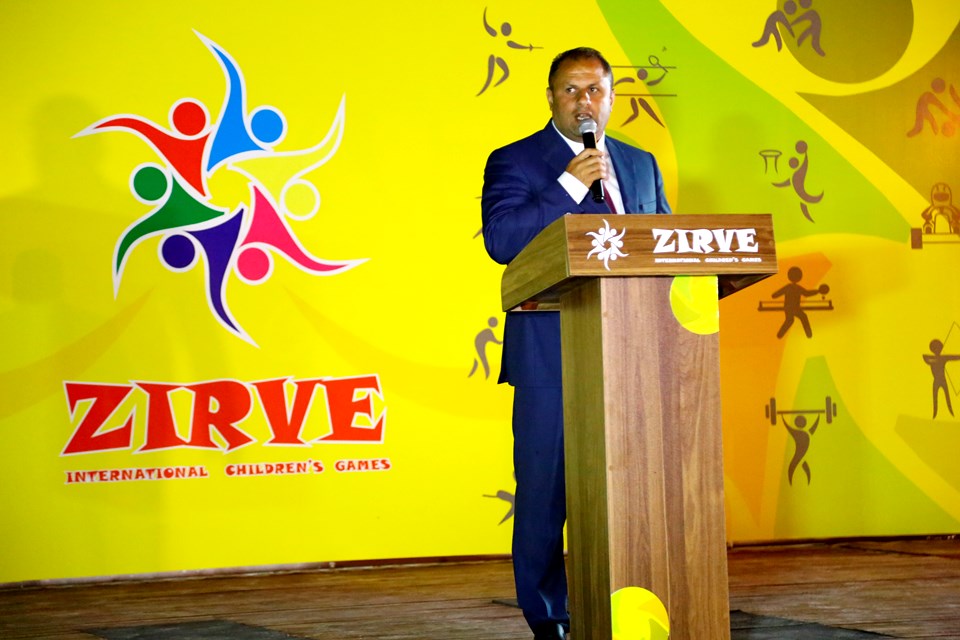 From the 5th to 28th of May, the 7th “Zirve Children’s Games”, dedicated to the 96th anniversary of National Leader Heydar Aliyev, held in the AAAF Park Residential, Recreation and Entertainment Complexes located in Khirdalan and Astara, ended. The competitions, attended by more than 4000 athletes from 12 nations in 27 sport types, are remarkable with its magnificence. These games, organized as a small Olympiad, turned into a great sports festival, brought lots of firsts into Azerbaijan and played an exemplary role leaving behind an enormous traces.

On May 28, a solemn closing ceremony was organized in AAAF Park, Astara. The event, hosted by the sports community of the region as well as the highest leaders, was accompanied by a high-level organization.

The event launched with greeting of guests. It was noted that though this notable sporting event is the 7th of Zirve International Children’s Games in number, this time the competitions were even more spectacular.  Everyone participating in the games, especially children athletes, will always remember these moments they have lived, experiences they have gained, and will be regarded as an important cornerstone in the development of future sports career.  All who came here were one of those who were interested in sports, a healthy lifestyle, and considered sport as a part of their lives. That’s why everyone understands how the Games are great stimulus for the promotion and popularization of children’s sports. ”

Tofig Heydarov-organizer of the competitions, president of Zirve International Sport Clubs, the owner who performs this stupendous sports festival with his personal opportunities, was thanked. His labor and perseverance were especially highlighted.

Then the winners of the last competitions were awarded at the closing ceremony, pursuing the tradition of the Olympic Games. They were rewarded by the leaders of the club and the city community.

After the official part, the eminent musicians and singers of the region tasted the pleasure of the guests coming to the stage.

Finally, president of the Zirve International Children’s Games Tofig Heydarov took a floor. He emphasized that these competitions were of great importance and were accompanied by a good organizational level.

Heydarov stated that this tournament is becoming a great tradition and the object of the games is the preservation of the heritage of genius leader, to bring his work to our future generations, at the same time, propagation and development of sport types, strengthen friendly relations between athletes and coaches, improvement of athletes’ skill levels, perfection of competition practices and evaluation of the work done by coaches.

Closing ceremony terminated with the official anthem of the club and fireworks.

Azerbaijan Powerlifting Championship will be held