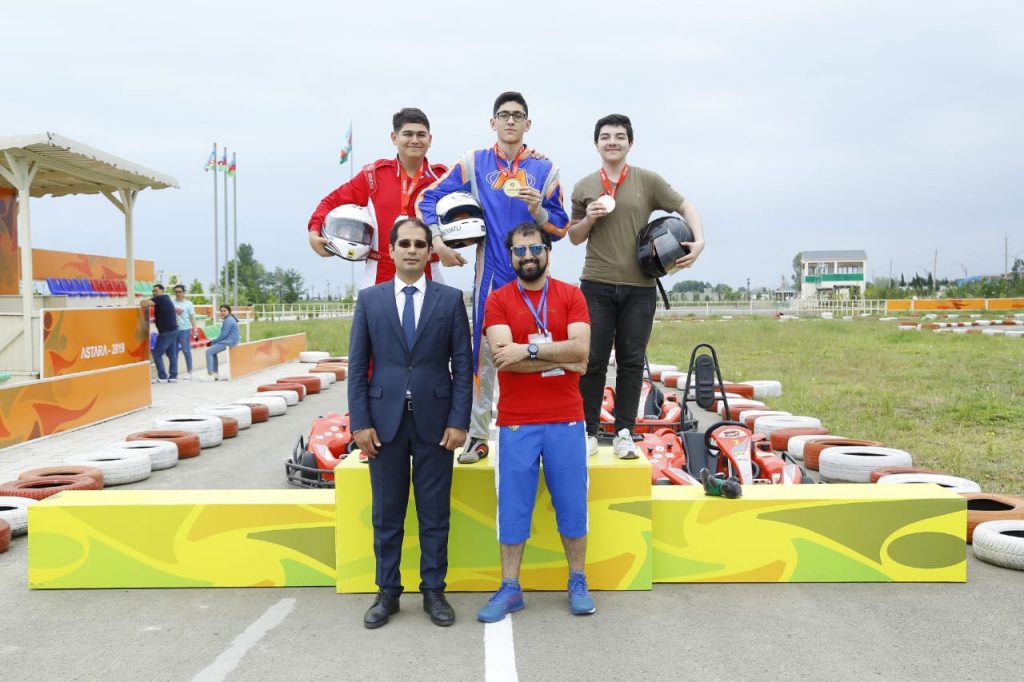 From the 5th to 28th of May, the 7th “Zirve Children’s Games”, dedicated to the 96th anniversary of National Leader Heydar Aliyev, held in the AAAF Park Residential, Recreation and Entertainment Complexes located in Khirdalan and Astara, are proceeding. In the competitions, attended by more than 4000 athletes from 12 nations in 27 sport types, the next competitors have been the children who engaged in carting.

Speed lovers had an opportunity to watch interesting races on the highway of AAAF Park, Astara. The performances of young drivers in the Zirve Games caused applauses. There is no doubt that this will make a great impression afterwards, and play a role as a boost for future champions.

As for the competition itself, the ranking was initially held according to the rules. Here, the four fastest drivers got an opportunity to compete in the final. At the decisive stage, the medal struggle was intensive as expected. Javad Nematli was a champion of an exciting race. He reached the finish line earlier than his competitors and earned the gold medal. Silver medal was pinched by Kanan Hasanov, while the bronze went to Yagub Aliyev.

The winners were awarded the medals, diplomas and memorial gifts. 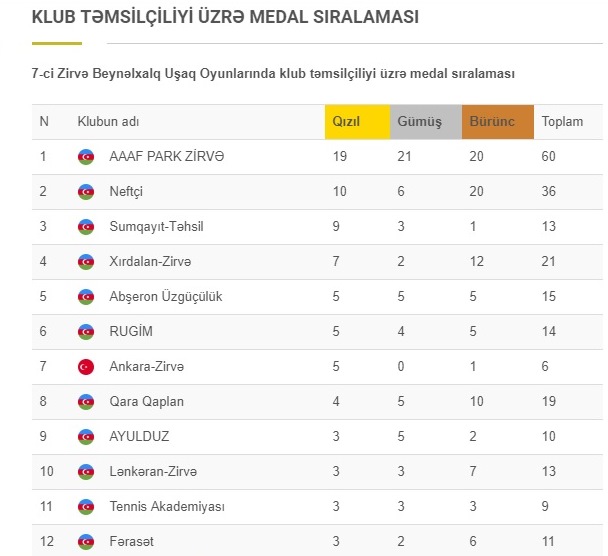 Anastasia Gotfrid has been the winner of women struggle