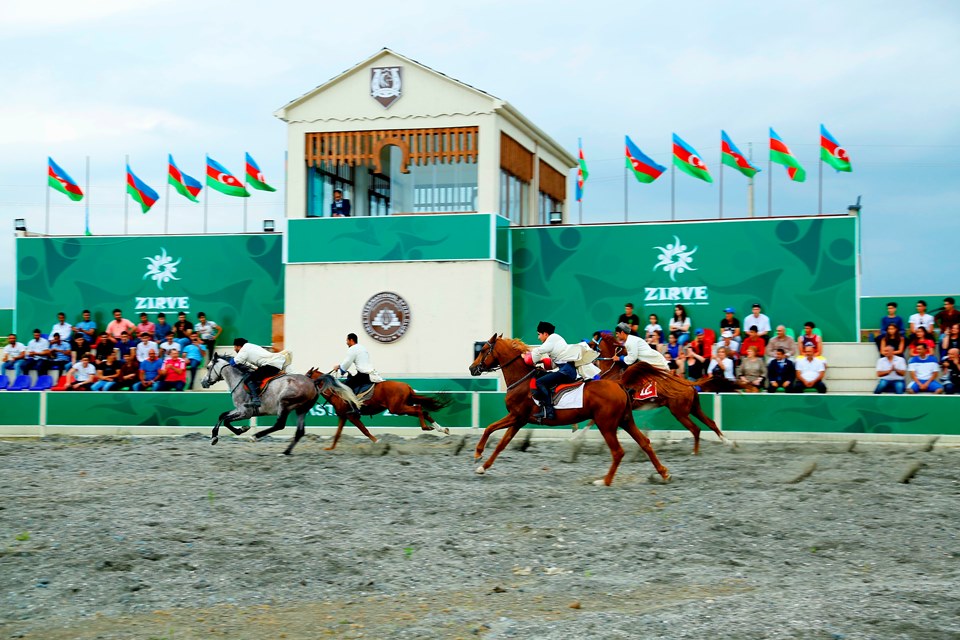 From the 5th to 28th of May, the 7th “Zirve Children’s Games”, dedicated to the 96th anniversary of National Leader Heydar Aliyev, held in the AAAF Park Residential, Recreation and Entertainment Complexes located in Khirdalan and Astara, are proceeding. In the competitions, attended by more than 4000 athletes from 12 nations in 27 sport types, the next competitors have been jockeys.

An interesting competition took place at the equestrian center belonging to the Zirve International Sport Clubs in AAAF Park, Astara. The audiences, who came to the tribune to watch beautiful Garabagh and Arab horses, were satisfied with what they saw. The jockeys initially went round the racetrack, and were remembered with great movements.

Then the competitions launched. In the finals, the jockeys had to determine the fastest horse, the earliest to reach the finish. As expected, audiences witnessed an exciting struggle. In the end, Orkhanbey Hajiyev surpassed all his competitors and won the title of champion. Silver medalist was Tural Abdullayev, while bronze medals were earned by Sadig Jafarli and Orkhan Askerzade.

The winners were awarded the medals, diplomas and memorial gifts.