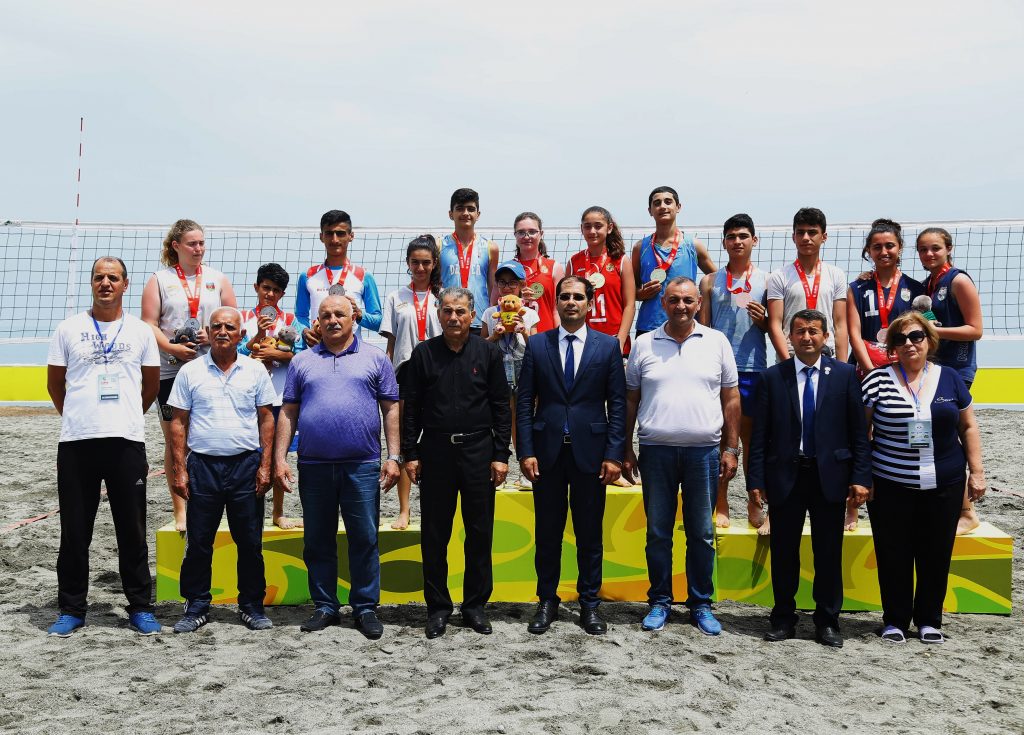 From the 5th to 28th of May, the 7th “Zirve Children’s Games”, dedicated to the 96th anniversary of National Leader Heydar Aliyev, held in the AAAF Park Residential, Recreation and Entertainment Complexes located in Khirdalan and Astara, are proceeding. In the competitions, attended by more than 4000 athletes from 12 nations in 27 sport types, the next competitors have been beach volleyball players.

A special beach volleyball court set up at the beach of the AAAF Park situated in Astara has been adapted to all standards for holding European and world-class competitions. Nineteen teams, including 9 girls and 10 boys, representing the capital and regions, competed in the Games. The young volleyball players demonstrated a good game within two days, enjoying a great tournament experience by having fun. There were numerous high-profile guests – volleyball veterans, representatives of the Ministry of Youth and Sports and various clubs, as well as Gazanfar Aghaev, the head of Astara city Executive Power. It was a great pleasure for all to watch this volleyball feast.

In the girls’ competitions, the representatives of “Zirve” came face to face in the final. “Zirve 2” team grabbed gold excelling the “Zirve 1” in both sets. The bronze medal was captured by “Azerrail 2”, who defeated “Khatai 1” with a score of 2:0.

In final, the most powerful side amidst the boys was “Neftchi 1”. “Agh-garalar” boarded the highest step of the honorary chair surpassing the “Masalli-Zirve” team. However, the bronze medal was earned by “Neftchi 2” team, who defeated “Zirve 2”.

The winners were awarded medals, diplomas and memorial gifts. In addition, memorable gifts were presented to the younger participant of the competitions amid girls and the winner of the nomination “Sympathy of fans”.

Performance schedule of our athletes revealed

In Ukraine championship we have owned 2 gold and 1 silver...