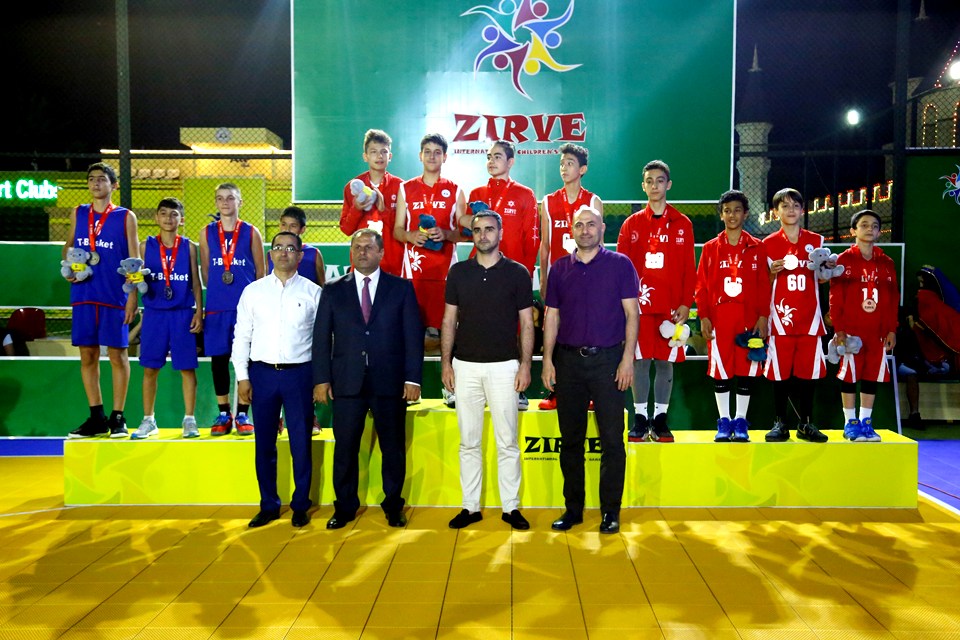 From the 5th to 28th of May, the 7th “Zirve Children’s Games”, dedicated to the 96th anniversary of National Leader Heydar Aliyev, held in the AAAF Park Residential, Recreation and Entertainment Complexes located in Khirdalan and Astara, are proceeding. In the competitions, attended by more than 4000 athletes from 12 nations in 27 sport types, the next competitors have been basketball players.

The 5-day basketball competitions were at the top of the Zirve Games. In the tournament, which was accompanied by splendid organizing, more than 30 teams of male and female athletes joined the medal struggle. Totally, about 400 participants, including Turkey, Uzbekistan, Georgia and Azerbaijan, competed in nearly 100 matches. Despite the ages, young basketball players were dynamic and interesting.

As for the results, the advantage of the Turkish basketball players is noticeable here. The teams of “Tahsil 1” and the “Ankara-Zirve 3” came face to face in the boys’ competitions. Representatives of the brother country were champion with a score of 14:12. Bronze medal went to “Ankara-Zirve 1” with a score of 6:4.

Turkish athletes triumphed amidst girls as well. The “Ankara-Zirve” team clinched gold surpassing the “Sumgait 1” with 8: 4 score. The bronze medal was earned by “Gold Fives 1”, which excelled the “UGIM 10-1” with a score of 3: 1. All the winners were awarded medals, certificates and memorable gifts.