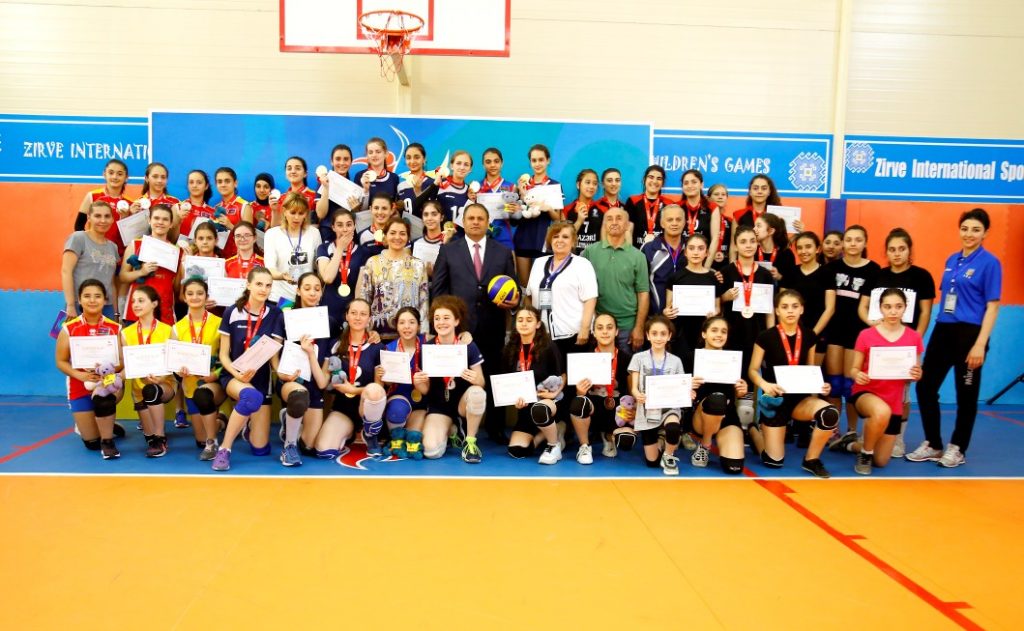 From the 5th to 28th of May, the 7th “Zirve Children’s Games”, dedicated to the 96th anniversary of National Leader Heydar Aliyev, held in the AAAF Park Residential, Recreation and Entertainment Complexes located in Khirdalan and Astara, are proceeding. In the competitions, attended by more than 4000 athletes from 12 nations in 27 sport types, the next players have been volleyballers.

The teams consisting of boys and girls demonstrated a great volleyball feast for two days at the square of the Zirve lyceum sports hall. “Azeri”, “Azerreyl”, İOEUGİM №7 (Khatai district) and RİOEUGİM №2 amidst girls, however among boys “Neftchi”, “Zirve”, RİOEUGİM №2, “Lokomotiv” and RİOEUGİŞM №1 (Sumgait) competed in a circular system and determined winners.

“Azerreyl”, headed by Alla Hasanova, who was the well-known volleyball player of girls, the captain of our national team, could earn the gold medal. In the last round, they surpassed their main opponents of RİOEUGİM №2 with a score of 2:0 and boarded the highest step of the honorary chair. The bronze medal went to the “Azeri” team.

Amid boys, RİOEUGİM №2 celebrated the victory. In the last round, they grabbed the title of champion by excelling the “Neftchi”. The bronze medal was captured by RİOEUGİŞM №1 ( Sumgait). Both girls and boys were awarded medals, diplomas and memorable gifts.