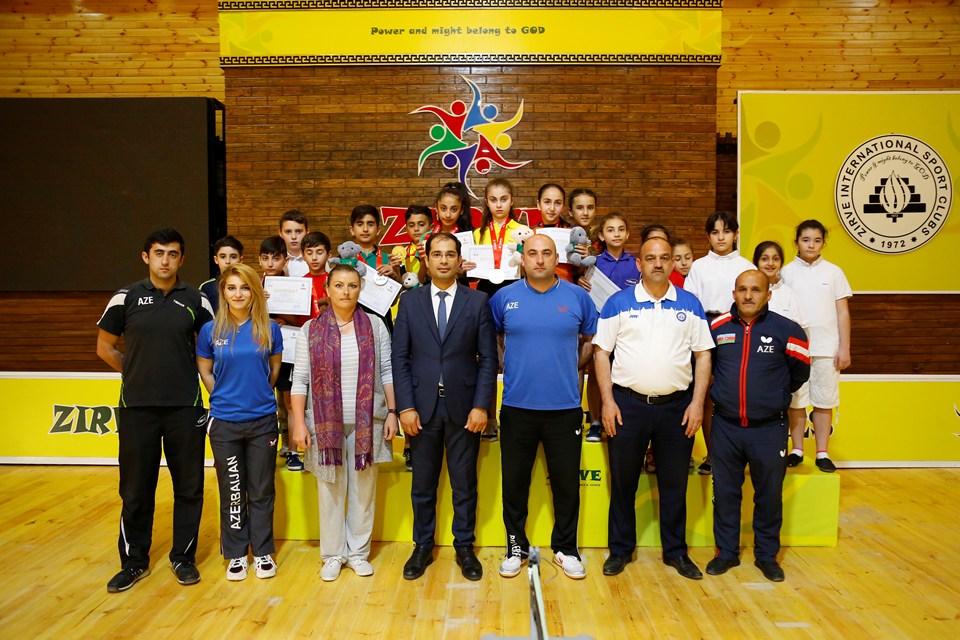 From the 5th to 28th of May, the 7th “Zirve Children’s Games”, dedicated to the 96th anniversary of National Leader Heydar Aliyev, held in the AAAF Park Residential, Recreation and Entertainment Complexes located in Khirdalan and Astara, are proceeding. In the competitions, attended by more than 4000 athletes from 12 nations in 27 sport types, young table-tennis players have competed.

The tournament, held in the central competition hall of AAAF Park, was organized at the highest level. Girls and boys competed with a circular system to identify the winners. The tennis players who demonstrated agile, dynamic and magnificent games were remembered with an interesting competition. Arzu Aslanova in the girls, and Toghrul Mammadov amidst boys grabbed the gold excelling all their competitors. The medals, diplomas and memorial gifts were presented to them and other awarders.

Gymnastics competitions were held at the “VI Zirve Games”