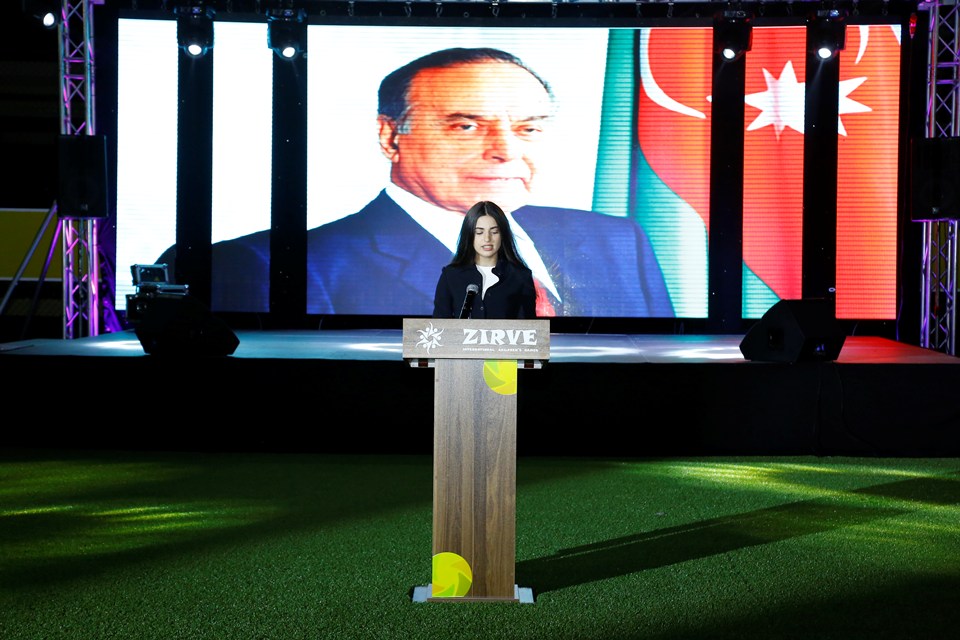 From the 5th to 28th of May, the magnificent opening ceremony of the 7th “Zirve Children’s Games”, dedicated to the 96th anniversary of National Leader Heydar Aliyev, has been held in the AAAF Park Residential, Recreation and Entertainment Complexes located in Khirdalan and Astara. The event was attended by prominent figures of Azerbaijan and the world sport, as well as the country community, Olympic champions, winners and laureates of European and world championships, Azerbaijani Youth and Sports Ministry, National Olympic Committee, officials of various organizations and others. The opening ceremony of the glorious competition, involving more than 4,000 athletes from 12 countries in 27 sports, was also interesting and impressive.

Firstly, information on the Games was given at the event. It was noted that, the Games organized by the “Zirve” International Sport Clubs, are becoming a great tradition. The object of the “Zirve Games” is the preservation of the heritage of genius leader, to bring his work to our future generations, at the same time, propagation and development of sport types, strengthen friendly relations between athletes and coaches, improvement of athletes’ skill levels, perfection of competition practices and evaluation of the work done by coaches.

Then, 12 participants from each team were invited to the playground. Under the solemn march, each of them took their place, and a great team of athletes was formed. The passage of the parade participants in the special uniform of the competitions was accompanied with great applause and sympathy.

The lifting ceremony of the flags of “Zirve International Sport Clubs” and the Republic of Azerbaijan started. The flag of the club was raised by Seljan Garayeva, the three-time winner of the “Zirve Games”, while the flag of our country by the debutant, the representative of “Toradi-Zirve” Irana Gudratzadeh. At the same time, the National Anthem of the Republic of Azerbaijan was sounded.

An artistic part of the opening ceremony of Zirve Games was held for making the atmosphere more memorable. Initially, the well-known “Natig” Rhythm Group raised the mood of the audience with their hilarious performances. Then the performances continued by young mugam singer Kenan Bayramli.

The first participant of the “Zirve Games”, one of the organizers of the 7th Zirve Games Jeyran Heydarli took a floor. Speaking on the importance of these competitions in Azerbaijan and English, she emphasized the significance of preserving Heydar Aliyev’s sport heritage.

Following this, march of the “Zirve” ISC was performed. At the same time, there was a great fireworks.