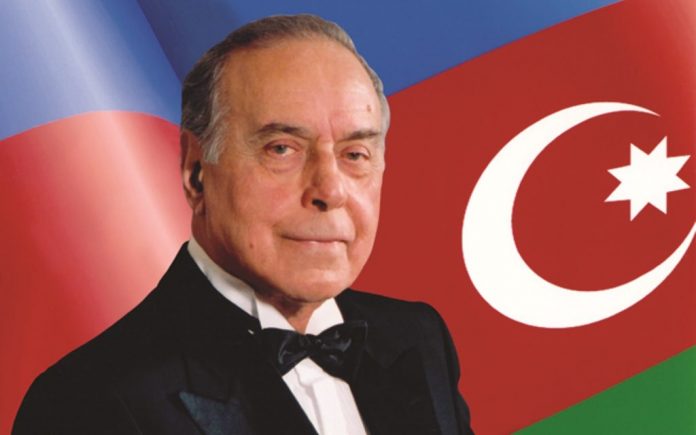 Heydar Alirza oglu Aliyev was born on 10 May 1923,in Nakhchivan City of Azerbaijan. In 1939, after graduating from the Nakhchivan Pedagogical School he studied at the Architecture Department of the Azerbaijan Industry Institute (present Azerbaijan State Oil Academy). The incipient war impeded to complete his education. From 1941, Heydar Aliyev headed the department at the People’s Commissariat of Internal Affairs of the Autonomous Soviet Socialist Republic of Nakhchivan and in 1944 was sent to work at the state security bodies. Heydar Aliyev, working since that time in the security bodies, from 1964 held the post of deputy chairman, and from 1967 chairman of the Committee of State Security under the Cabinet of Ministers of the Republic of Azerbaijan, and he was conferred the rank of lieutenant general. These years, he received special higher education in Leningrad (present St Petersburg), and in 1957 he graduated from the History Department of the Azerbaijan State University.

On October 3, 1993, as a result of nationwide voting, Heydar Aliyev was elected President of the Republic of Azerbaijan. On October 11, 1998, having garnered at the elections, passed in high activeness of the population, 76,1 percent of the votes, he was re-elected President of the Republic of Azerbaijan. On December 12, 2003, national leader of the Azerbaijani people, President Heydar Aliyev passed away in a Cleveland hospital in the US, where he had been undergoing medical treatment, and on December 15, was buried at the Alley of Honor in Baku.

Historical destiny of Azerbaijan, covering the period of over the thirty latest years, was inseparably linked with the name of Heydar Aliyev. Revival of the people during these years in all spheres of its socio-political, economic and cultural life is connected just with his name. During his leadership period, Heydar Aliyev helped his native land Azerbaijan, the progress that he persistently strived towards, the rich culture, great historical past with which he was proud of, and on the coming generations on whom he was concerned, to overcome as a state heavy and sharp ordeals of time.

Again Azerbaijan is the best of Europe: victory in our weightlifting...