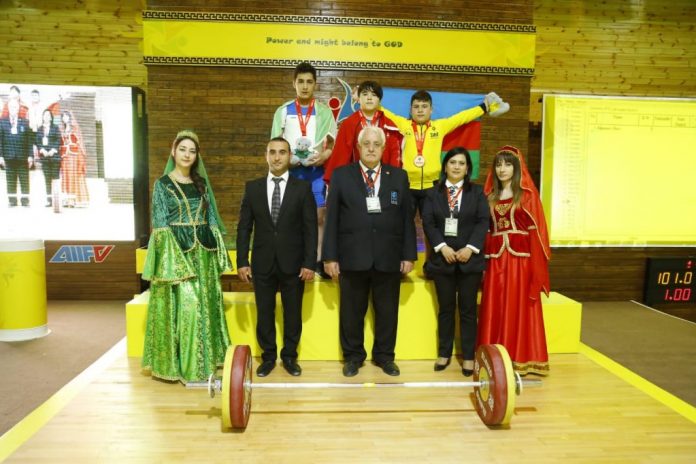 From the 5th to 28th of May, the 7th “Zirve Children’s Games”, dedicated to the 96th anniversary of National Leader Heydar Aliyev, held in the AAAF Park Residential, Recreation and Entertainment Complexes located in Khirdalan and Astara, are proceeding. In the competitions, attended by more than 4000 athletes from 12 nations in 27 sport types, the winners in weightlifting are determined.

On the second day of the competition, attended by approximately 200 athletes from 7 nations-Azerbaijan, Iran, Georgia, Turkey, Israel, Moldova and Ukraine, the boys of 61 kg competed.

Turkish athlete Aladdin Sayin swiped gold medal with 176 kg (78+98). This was the third success of the fraternal country representatives. All three Turkish athletes participating in the competition were able to climb to the highest level of honorary chair. Iranian Abolfaz Hajipur seized silver with lifts totaling 169 kg (76+93), while 142 kg (64+78) was enough to give Lankaran athlete Huseyn Heydarov his third bronze.