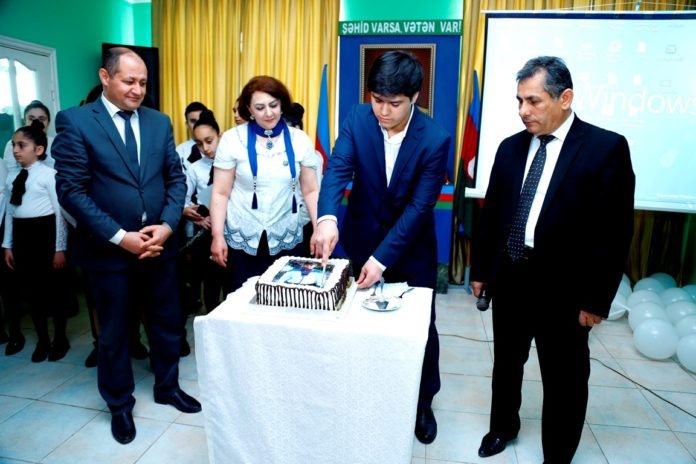 On April 6, a special event on this success of Ali Shukurlu, the bronze medallist of World Youth Championship, has been held in the secondary school of Ashaghi Mollu village of Gubadli district situated in Jeyranbatan, Absheron region. The event was attended by athlete’s school and classmates, teachers, school principals, members and leaders of the district and city community, family members, coaches of the National team, as well as media representatives.

The achievement of Ali Shukurlu, 9th grader of the school, in the competition held in Las Vegas, USA, has been welcomed with great gladness. Within the event, it was not difficult to see it. At the ceremony, which started after the State Anthem, a great number of words were spoken and poems, music, dance and songs were performed by students from various classes, and a video clip dedicated to our athlete was demonstrated.

The event took place in a festive atmosphere and it was desirable for Shukurlu Ali to gain more success and to represent our country worthily in international arenas.