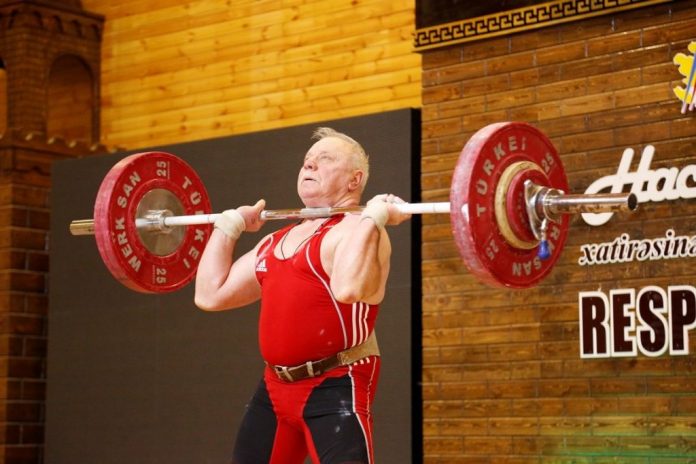 On December 22, Weightlifting Tournament dedicated to Honored coach of Azerbaijan, international referee-Hajibaba Askerov’s memory has been held in the competition hall of AAAF Park Residential Complex. In the competition of individual character, men and women weightlifters, as well as masters have participated, winners have been determined according to the Sinclair schedule. The champions and prize-winners have been awarded with medals, diplomas and souvenirs. The aim of the memorial tournament is to promote Hajibaba Askerov’s lifetime and his sport activities among athletes and youngsters, to develop and promote weightlifting, detect the most powerful athletes and increase their skill levels.

Then, the opening ceremony of the competition took place. Firstly, Gulara Narimanova, the daughter of Hajibaba Askerov, took a floor at the event, which brought together numerous guests. She welcomed all and expressed positive ideas about the organization of the competition. “Today is the second time that my father’s memory is celebrated at such a high level. Last year Azerbaijan Ministry of Youth and Sports, the National Olympic Committee and Azerbaijan Weightlifting Federation (AZE WF) organized a magnificent 100th anniversary and a first commemorative tournament. Now again this competition is held and I would like to thank all the organizers and express my deepest gratitude to them. My father was a lover of weightlifting and devoted his life to the development of this sport. I hope that the participating athletes will get experience in such competitions and be triumphants in the upcoming international tournaments and raise the flag of our country. I would like to thank everyone again. ”

Subsequently, General Secretary of AZE WF Rizvan Rasulov made a speech. He spoke about the importance of the tournament: “Dear participants, coaches, athletes, other guests, I congratulate you all on the organization of the tournament dedicated to the memory of the Honored coach, the international referee Hajibaba Askerov. For the second time, this competition takes place at a high level. We all know the life and activities of Hajibaba Askerov, as well as his role in the development of weightlifting. This event creates us the opportunity to remember him, to inform the new generation about the existence of such personalities and to give experience to our athletes. I consider it vital to commemorate Hajibaba Askerov with a minute of silence.

2018 has been a successful year for us. Our athletes managed to grab 35 medals at the European and World Championships, as well as at the Youth Olympic Games. And they have succeeded becoming first in the team standings of Europe. We also gained success in recent Grand Prix competitions held in Egypt and Qatar. There are both qualification competitions and Tokyo Olympic Games in front of us. In this regard, 2019 will be a very good year of testing. I wish success to all our athletes and coaches. I congratulate all on the occasion of New Year and International Solidarity Day of Azerbaijanis on behalf of AZE WF.

Gymnastics competitions were held at the “VI Zirve Games”