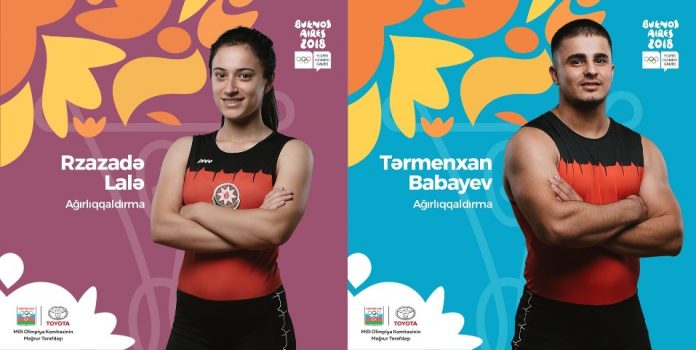 On October 6-18, the 3rd edition of the Youth Olympic Games will take place in Buenos Aires, ARG. More than 4000 athletes of 206 countries will compete for 241 sets of medals in 32 sports over 12 days. Among them there are 17 Azerbaijan athletes competed in 9 sports. Two of them are young weightlifters.

Lala Rzazadeh was born in Lankaran in 2001. Representative of “Zirve” Sports Club. Personal coach is Teymur Aliguliyev. She is an Azerbaijan champion among youth and participant of international competitions. Bodyweight category is 53kg.She will be on the platform at 21:30 pm Baku time, on October 11.

Tarmenkhan Babayev was born in Nakhchivan in 2001. Representative of “Tahsil” Sports Center. Personal coach is Shafi Huseynov. The double winner of the European youth championships (2017, 2018), six-time record-breaker. Bodyweight category is 85kg.He will be on the platform at 01:00 am Baku time, on October 12.

Both athletes are ready for the competition and intend to return home with triumph!

We wish our representatives success! One more success of Zirve gymnasts!