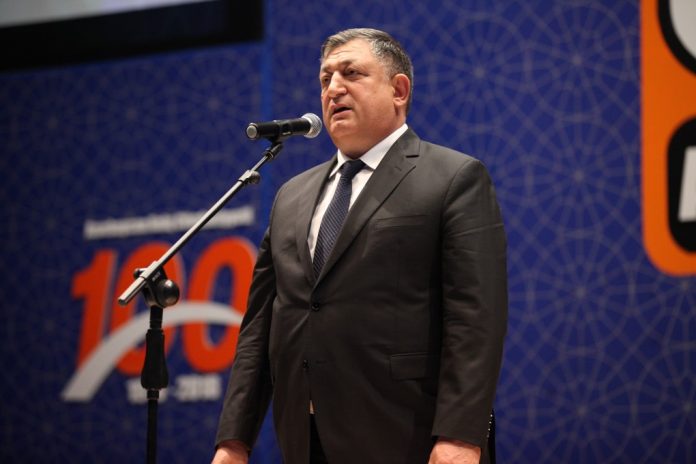 In September 13-14, official opening ceremony of Azerbaijan Weightlifting Juniors Championship has been held in the competition hall of Shuvelan Weightlifting Academy. At the event, Azerbaijan deputy Minister of Youth and Sports Ismayil Ismayilov has made a speech.

He stated that Azerbaijan is known worldwide as a sports country and achievements in weightlifting continue to contribute to this: “Many international competitions are held annually in our country, at the same time our sportsmen perform decently in these tournaments. And recently our weightlifters are also distinguished by their successful performances. Two of them have won the license to the Youth Olympic Games in October. I am confident that they will justify our hopes for the next time.

Our internal competitions are also at the high organizational level. This includes the Azerbaijan Weightlifting Juniors Championship. The aim of this championship is the increasing and improving of athletes’ skill level, qualifying athletes who are technically trained and fulfilling their degree norms, determining the composition of National teams, preparing for the following international competitions. Wish success to all the participants, and “Let the strongest win”.

Officially, the competition was declared open.

The National Anthem of Azerbaijan Republic was sounded.