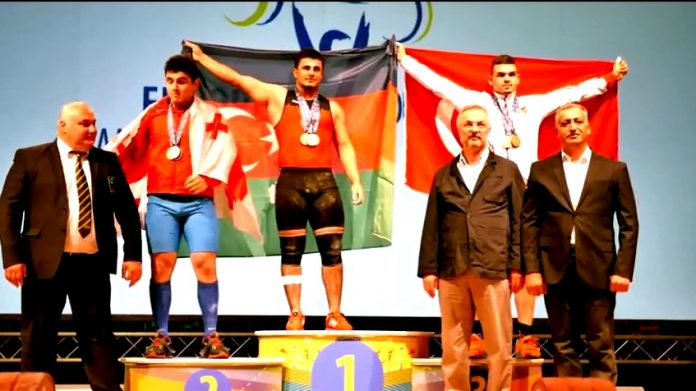 European Weightlifting Championship among young boys and girls U15-17, held in Milan, Italy, on July 22-29, is about to end. In the tournament, which are attended by 388 athletes from about 40 countries (169 girls and 219 boys), the members of Azerbaijan National team have got on the platform.

Last member of National team-Tarmenkhan Babayev joined the struggle. He tested his power among U-17 boys, in 94kg weight category.

In snatch, our athlete won silver medal with 145kg result. In clean and jerk, he surpassed all his competitors and achieved gold medal with 180kg result.

In the final rankings, Tarmenkhan won the title of two-times winner of the European championship, getting on the highest step of honorary chair with a total of 325kg (145+180) result in 94kg weight category.

We congratulate our athlete, his coaches, everyone who contributed to this great achievement, and thank him for the championship! Moldovan athletes have finished their performaces!