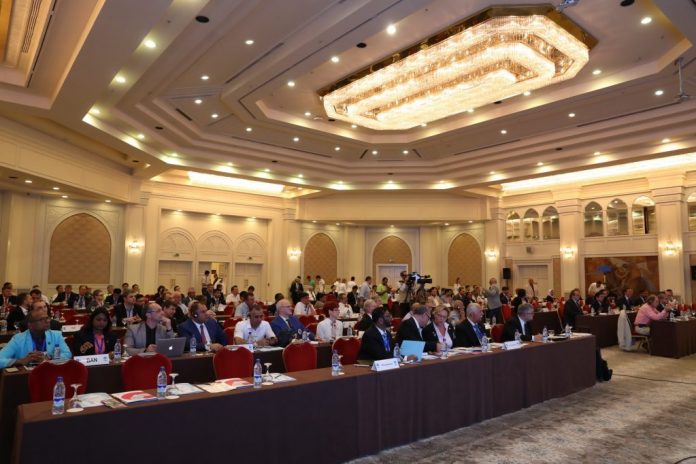 One of the main issues discussed at a meeting attended by delegates from 63 countries was to change the existing bodyweight categories and increase the number of them. New categories approved by the IWF Executive Board were officially ratified by the Congress.
International Weightlifting Federation (IWF) Member Federations have unanimously accepted the 10 newly-approved men’s and women’s bodyweight categories.

In addition, the Congress also confirmed the updates to the 2020 Tokyo Olympic Games licensing system. The pre-existing rule before the classification stage was canceled. According to the new decision, athletes will have to get licenses for the Olympic Games not in teams but individually. Classification competitions will last at 3 (three) stages from November 1, 2018 until April 30, 2020. During the classification period, athletes wishing to win a license should compete at least in the 2 (two) tournaments and score points at the approved bodyweight categories for the Olympic Games. The first classification competition will be the world championship among men and women in Ashgabat, Turkmenistan, on November 1-10, 2018. Mahammad Mammadli at the highest step of honorary chair!

The next success of “Zirve-Astara”!