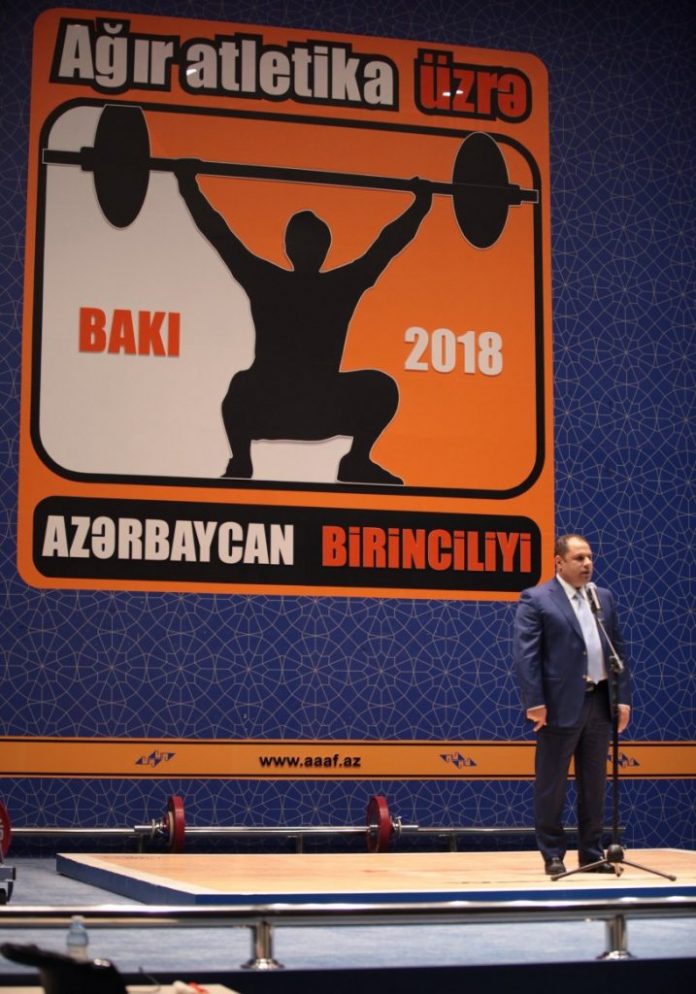 On May 25-28, the official opening ceremony of Azerbaijan Championship, among youth U 15-17 (2001-2002 and 2003-2005) , was held in the competition hall of AZE WF Academy, in Shuvelan. At the event, the first Vice-president of AZE WF-Tofiq Heydarov took a floor.
He stated that 2018 was proclaimed as the 100th anniversary year of Azerbaijan People’s Republic by the President Ilham Aliyev. For this reason, the federation has devoted all the competitions this year to this remarkable event: “I am greeting you at the opening ceremony of the next Azerbaijan Championship among young girls and boys. In our country, state attention and care continue to sport. Weightlifting is also progressing towards targets set. Fortunately, every year more athletes are involved in the Youth Championship than before. They fight for medals. This is a very good moment. About 150 athletes representing sport communities from all cities and villages of the country participate in the competition. The aim of the competition is to select the strong athletes, to teach and develop the sport of weightlifting in cities and villages, to strengthen friendship relations between the athletes and coaches, to increase and improve the athletes’ skill levels and to prepare for the following international competitions. As AZE WF, we continue to work at the highest level for the younger generation’s perspective, and the current situation is the result of these efforts. The efforts to increase the weightlifting capacity of our country, the expansion of the logistics base and the best conditions for the national teams, give its results in international arenas. And then it will show. I thank the country’s leadership, the Ministry of Youth and Sports, as well as the leadership of our federation, for the created conditions and I express my gratitude. ”
Then Heydarov declared the competition open.
The National Anthem of Azerbaijan Republic was sounded.
At the end, the memory of well-known weightlifting specialist, the personal grant-holder of the President of Azerbaijan Republic, Mammad Mir Baghir oghlu Useynov, was commemorated with a minute of silence. Rest in peace!

“AAAF Park” Magazine selected the best coaches of our club in...