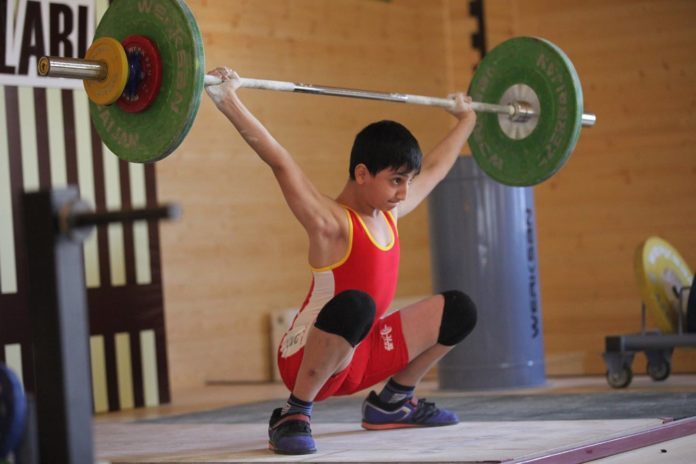 On April 5-9, IX Republican Weightlifting Games of sports schools among 2005-06 year old boys and girls, were held in the competition hall of Khacmaz Olympic Complex. All sports schools, the members of communities and clubs performed in the Championship, regardless of subordination. More than 150 athletes representing Sumgait, Gazakh, Neftchala, Goranboy, Gobustan, Gakh, Ismayilli, Khirdalan, Lankaran and other cities and regions competed for the medals at the tournament organized by Azerbaijan Republic Ministry of Youth and Sport.
The aim is to control the preparations of the athletes, to teach and develop the sport of weightlifting, to increase and improve the athletes’ skill level, as well as preparation and selection for upcoming international competitions.
The results of the competition can be found below:
NƏTİCƏLƏR

Mahammad Mammadli at the highest step of honorary chair!