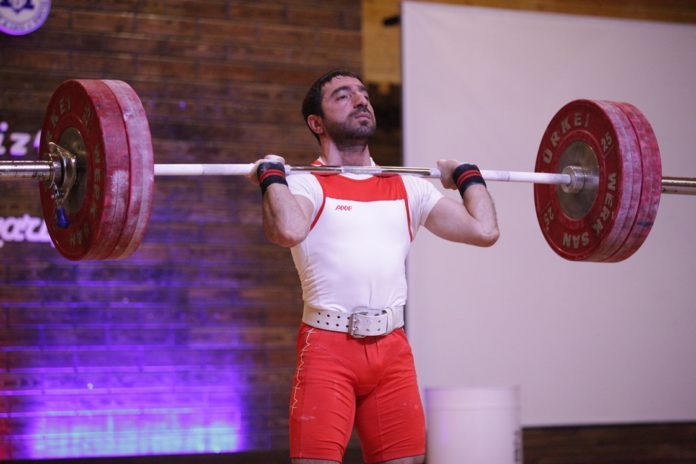 On October 28, 4th selection competitions of Republic on weightlifting started in Absheron . The athletes from Sumgait, Khirdalan, Gobustan, Shamakhi, Ismayilli and Baku competed in the competition hall of AAAF Park Residential Complex. About 100 weightlifters tested their power.
The aim is to control the preparations of the athletes, to watch the substitutes, to select the strong athletes, to teach and develop the sport of weightlifting in cities, towns and villages, to strengthen friendship relations between the athletes and coaches, to increase and improve the athletes’ skill level.
During the selection competitions, the athletes representing Jalilabad, Neftchala, Lankaran, Lerik and Astara will compete in Lankaran on November 1-2 and athletes from Goranboy, Ganja, Yevlakh, Samukh, Gazakh, Shaki and Gakh will get on the platform in Samukh, on November 4-5.
The competition has personal character and the athletes who are at least 10 years old and technically prepared will be eligible to take part only. The weigh-in is at 9:00, on every competition day. Men and women born in 2007, 2006, 2005, 2004, 2003, 2002, 2001, 2000, 1999 and older in the zona tournament will compete in appropriate age groups and the winners will be determined in the Sinclair table.
The selection competitions will be held in 3 zones, 4 times a year, according to the calendar schedule.
Absheron zone results can be found in the following link:
zona 4 -1 abseron
The requested album cannot be loaded at this time. Error: OAuthException Code: 200, (#200) Missing Permissions