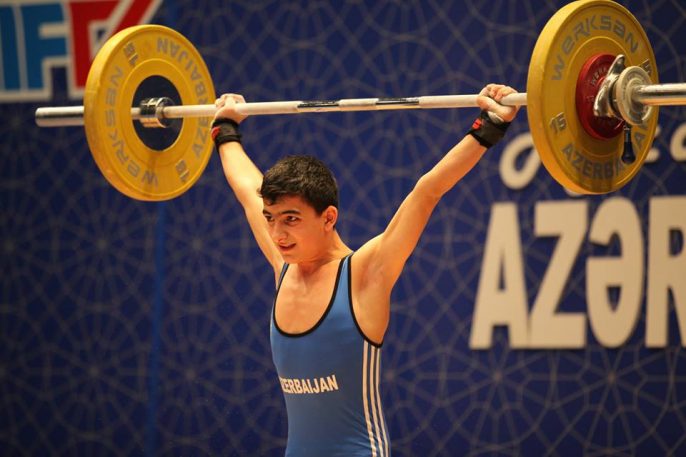 Azerbaijan Championship, between boys and girls under 15-17 ( 2000-2001 and 2002-2004 year teenagers) has started, which will be held in Weightlifting Academy, village North Dres , on February 16-19. Nearly 150 young athletes representing YSS, sport communities from all cities and villages of the country , clubs, centers, participate in the competition.
The struggle of teenager boys U-15,  has continued in A group with 50 kg weight category. Here, Lenkeran-athlete Mammadov Elshan has shown  total 148 kg (67 + 81) results, ramming heavier pounds than all his competitors and having the gold medal. Khayal Khalilov has been silver medalist with total  145 kg (65+80), and showing 141 kg (61+80) result, Huseyn Ibrahimzade has owned bronze medal.
50 kg. Boys. 15 years old.