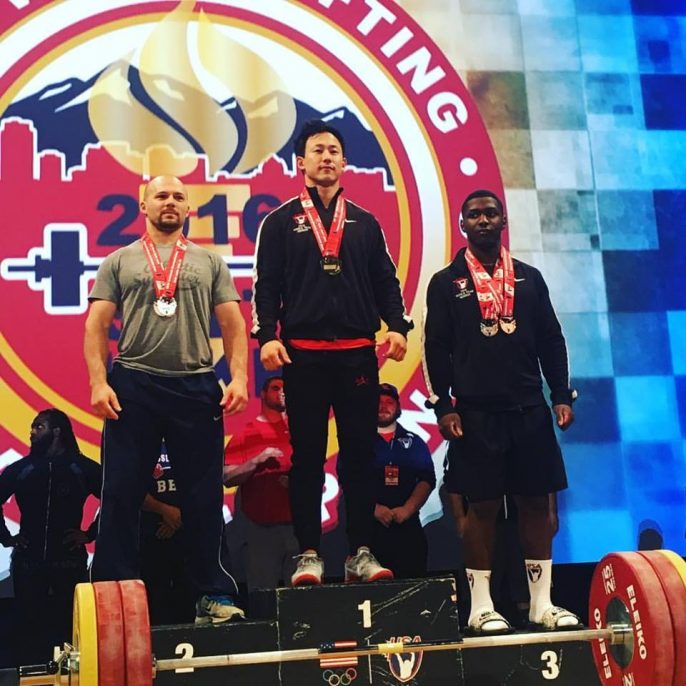 In 6-8th of may USA weighlifting championship held in Salt Lake City. This tournament also was selective for Rio Olympic. Because of their performances sportsmen will get right to write their name in national team. In championship 323 athletes participated in, 155 of them were women, 168 of them were men.
In competition representative of “Phoenix-Zirve” Alex Lee competed in 69 kg weight category. As expecting he again became champion of USA. Alex was 135 kg in snatch, 177 kg in clean and jerk. Totally he was 312 kg (135+177) result and did up to highest level of honorary chair. Beside of this Alex Lee updated USA record by 177 kg in clean and jerk. In this weight category snatch record also belong to him.
We congratulate Alex and his coach Shahin nasiri.
Good job, Alex!
2016_USASeniorChampionships_FinalResults