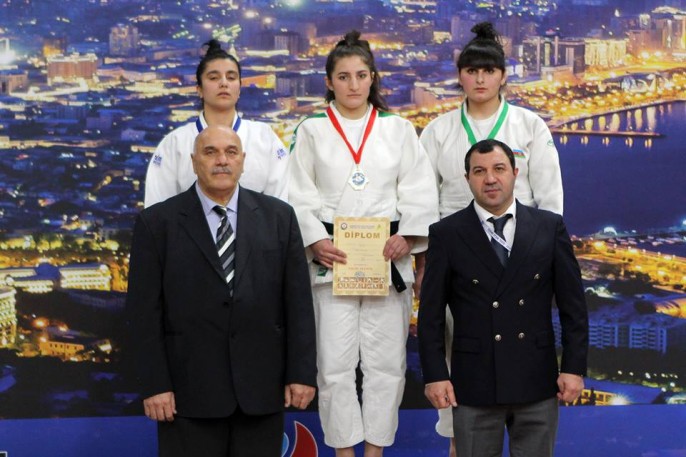 In 23th of December men’s and women’s Azerbaijan judo championship started. Competition will continue for two days. About 400 sportsmen from different regions will participate in. As always “Zirve” sportsmen will compete in this championship as well. One of them –Gunel Hasanli has already up to highest level of honorary chair. Gunel competed in 78 kg weight category and left all her rivals back. In final meeting she met with Gunay Abdiyeva and won her, kept her continuous successful performance. Last year Hasanli performed in Azerbaijan championship and became winner as well and have been chosen by national team. She has participated in 1st European Games in Baku as well.
Double Azerbaijan champion Gunel only 19 years old. She will participate in Rio Olympic, we believe that she will get medal, she is proud source of “Zirve” Sport Club.
Gunel Hasanli was born in 30 of October 1996. Her coach is Akbar Shafagatov.
We wish her good luck.
Congratulations!

The first 5 type of weighlifting competition held in "Zirve Games"!