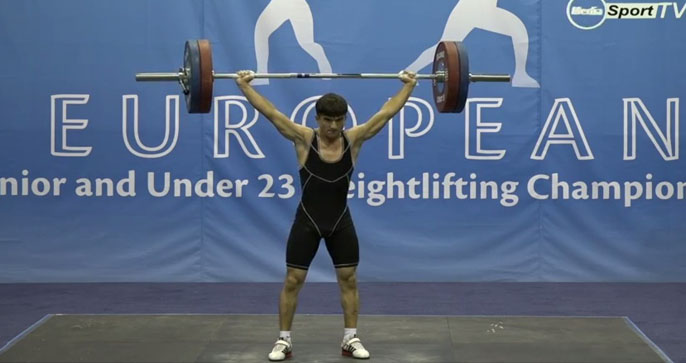 U-20 and U-23 juniors European championship that will be held in 1-11th of october in Litva, Klaipeda has already started. In competition from 40 countries 341 athletes (218 men and 123 women) will be joined to medal competition. Women will compete 7 (48 g, 53 kg, 58 kg, 63 kg, 69 kg, 75 kg, +75 kg), but men will compete in 8 (56 kg, 62 kg, 69 kg, 77 kg, 85 kg, 94 kg, 105 kg, +105 kg) weight category.
In European championship members of Azerbaijan team staff participate in as well. First of them Allahyar Abishov did up to platform. He took 4th place in snatch and clean and jerk. He was same result with his Bulgarian rival. But his personal weight was 5 gram more than his rival, that’s why he couldn’t up to honorary chair. Abishov was 118 kg in snatch and 143 kg in clean and jerk.
But in general ranking situation was different. Two more sportsmen from Bulgaria and Belarus were same result with Abishov. Allahyar’s personal weight was (61,50 kg) more than bulgarian Stilyan Grozdev(61,45 kg), but was less than belarusian athlete Ilya Janovski (61.85 kg). Therefore Allahyar Abishov have got bronze medal in European championship. 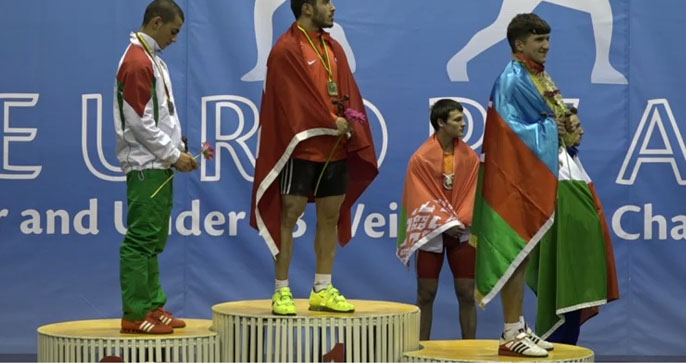 We congratulate him and wish him continuous success!

The boxer clinched bronze in the memorial tournament