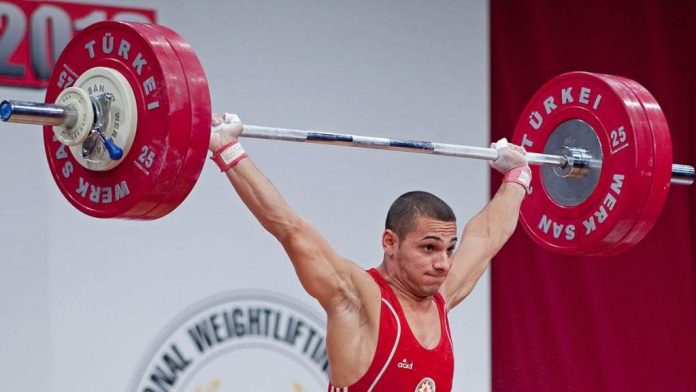 “Zirve” International Sport Club is enlarging its rows. The works done for country sport by lider club of Azerbaijan weightlifting are undeniable. Last years “Zirve” club brought up Europe champion, world and Europe medalists. This club interested in other members of country team as well. So within this politics one more step has been forwarded. Bronze medalist of London Olympiad, double Europe champion, bronze medalist of world championship, world and repeatedly Azerbaijan champion between juniors, 11 fold recordsman of Europe record and winner of couple international tournaments Valentin Khristov after today will protect honour of “Zirve” International Sport Club. 21 aged weightlifter will continue his trainings with head coach, 5 fold world and double Europe champion, experienced specialist – Hafiz Suleymanov.
Already first big gift has been given to Khristov. President of “Zirve International Sport Clubs” Tofig Heydarov gave as a gift 3 roomed apartment to Valentin. Because couple days ago Valentin Khristov won gold medal in Europe championship that was held in Georgia – Tbilisi.
It is so nice to see Khristov in our rows. We believe that such a professional, talented sportsmen will give power to power of our club. “Zirve” is place of champions!

Alex Lee: “Thanks to everyone who has supported me”