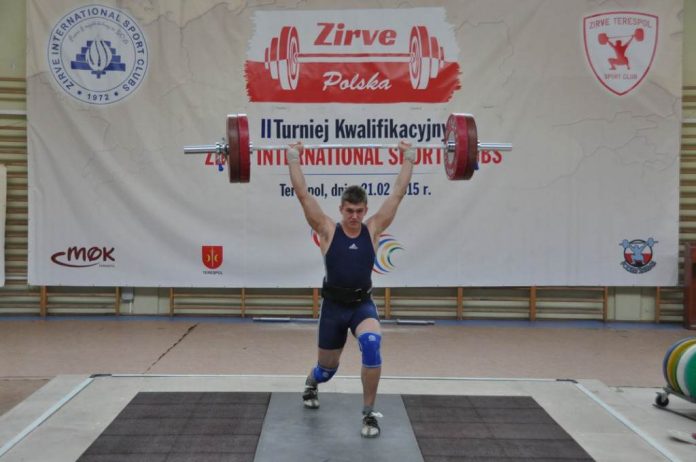 We have announced that before “Zirve International Sport Clubs” started its first Weightlifting stage competitions in 2015. The tournament that is started in Azerbaijan, continued in Poland.
Stage competition that is organizated by “Terespol-Zirve” held in Terespol city. Beside of our club “Brjech”, “Orleta Lukov” and “Start Otkov” club representatives also joined to tournament. Totally 35 sportsmen did up to platform. The most of medals have been won by “Terespol-Zirve” athletes.
Competition held according to international rules and held by high grade referees. Tournament held because of “Sinclair” schedule and between women U-15 and U-20, between men U-12, U-17 and U-20 age groups. Winners between women respectively were Anna Khomyuk, Agneshka Khomyuk, between men Lazuga Konrad, Andrei Rashipkin, Gjegoj Koval, Mateush Sikora. Medalists have been awarded by diploms, cups and medals.
You could see the results and photos of competition below:
Results
The requested album cannot be loaded at this time. Error: OAuthException Code: 200, (#200) Missing Permissions