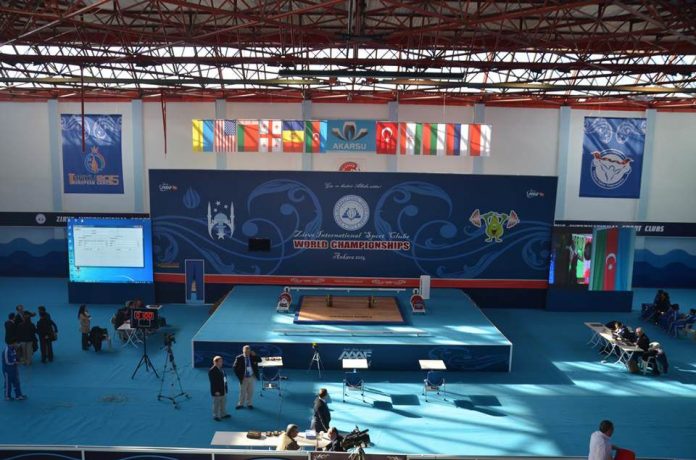 One of the lider clubs of Azerbaijan – the international project of “Zirve” Sport Club – “Zirve International Sport Clubs”s final stage of 1st World Championship between clubs is starting. Tournament will be held in 24-25th of december in “Altinpark-Akarsu” Sport Complex which is situated in Ankara and belongs to our club. Except Azerbaijan from 10 other countries (Turkey, Russia, USA, Georgia, Bulgaria, Poland, Belarus, Iran, Ukraine, and Moldova) sportsmen of our branch clubs will be parcipated in as well.
Final stage of World Championship is competition of clubs. Beside of individual points, sportsmen will be got points for their clubs as well. Then according to points team ranking will be made up and  1-6th places will be awarded.
Championship is held in 8 age group and winners will be determined by Sinclair schedule. Participants of competition have been determined according to their results in selective stage, the bests have been invited to final stage. You could see the groups in below:

Championship is held according to international standards and rules that is accepted by International Weightlifting Federation. All referees of competition are international grade, high practised specialists. In organization of tournament Turkish Weightlifting Federation gave us big support and did keep in touch all the time with our club, therefore we appreciate it them. Especially, Tamer Tashpinar’s attention has to be noted.
You could meet time schedule of competitions and list of sportsmen below:
TİME TABLE
START LİST
The requested album cannot be loaded at this time. Error: OAuthException Code: 200, (#200) Missing Permissions