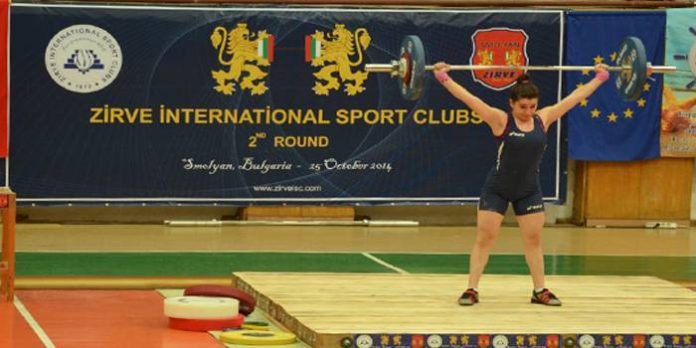 The international project of “Zirve” sport club – “Zirve International Sport Clubs” competitions are countinuing. After Turkey, our internal championship was held in Bulgaria. 2nd stage competition of “Zirve International Sport Clubs World Championship” which has been arranged by “Smolyan-Zirve” sport club was very interesting. 42 heavy athletes from different regions of Bulgaria competed for medals.
In first competition benefit of our club for Bulgaria heavy athletics was seen. So this championship was first country championship after 23 years in Smolyan. In opening ceremony famous local specialist-Kostadin Grozdanov did speech and appreciated for this tournament to our directory. Even experienced trainer couldn’t hide his tears. Then deputy of Smolyan city mayor Mariana Tsekova did speech and announced championship open.
The president of “Smolyan-Zirve” sport club, Olympia medalist Velichko Cholakov also did let know his happiness and did thank to everybody who did work for carry out of this competition. Championship was dedicated 102 years of Independence of Bulgaria and City Day.
There is one more interesting event about medals. The trainer of one of competition participants Velichka Lukova informed that Zirve ISC championship medals look like Olympics medals. Because of her words these medals are very qualitative and it gives high motivation to sportsmen.
In opening ceremony was artistic part as well. Modern and Bulgarian national music samples were performed and national dances were demonstrated.
In competiton besdie of “Zirve International Sport Clubs” from Haskovo “Byala Mechka” club, from Asenovgrad “Asenovets” club, from Sopot “Samson” club, from Pazardjik “Pazardjik” club and from Kalofer “Kalofer” club representatives participated. Winners are determined in 7 age group by Sinclair Schedule. “Smolyan-Zirve” has been got 2 gold and 1 bronze medals. Because of their results it will known if they are going to participate or not in “Zirve” final stage competition.
The news about “Smolyan-Zirve” sport club championship demonstrated in about 20 media organization of Bulgaria. Especially high organization of competition and benefit for country heavy athletics are announced.
You could see the results of competition:
bulgaria smolian results
The requested album cannot be loaded at this time. Error: OAuthException Code: 200, (#200) Missing Permissions

Our judoist triumphed in the Baku Championship