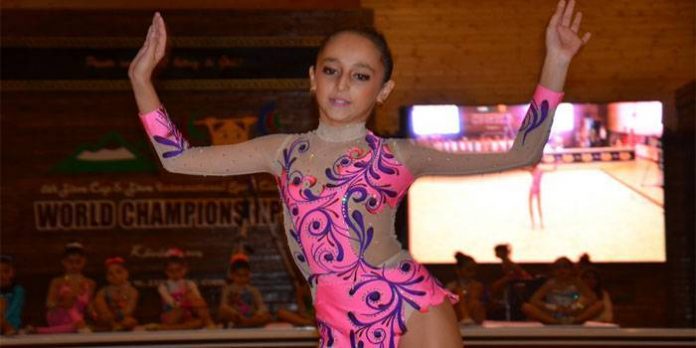 In 28th of September “Artistic Gymnastics Zirve Cup” held in competition hall of “AAAF Park Residential Complex”. More than 50 teenager girls participated in this interesting tournament. In competition “Zirve International Sport Clubs”, Sumgayit Gymnastics School and RCSS (Republic Comlex Sport School) sportsmen competed for medals. In jury staff beside of head coach of our club – Nigar Mirzayeva, our trainer Irina Abdurrahmanova, our choregraphy coach Rana Amirova, also Svetlana Babayeva and from RCSS Sabina Jajilova took place.
The Cup compained with high level organization and head secretary of our club – Azad Mustafayev announced it open. He did speech and told that these kind of competitions are very important for future of Azerbaijan sport and he did wish that there will Olympia and World medalist from these sportsmen. Then Cup started.
Fisrtsly, small aged girls did show performance. Then official part of competition started. First the smallest aged newers, then professionals joined to competition. In all groups “Zirve” disciples were medalist and they were winner of competition.
We congratulate our gymnasts and trainers, wish them success in next competitions.
I group (2009 years)

Sabina Azimova: "2017 was very successful for me"

“Zirve” is a partner of the World Junior Championship!