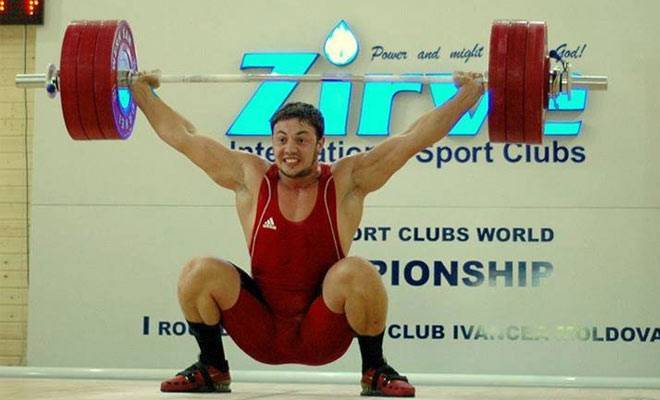 In 19th of June competition of branch of “Zirve” International Sport Clubs was held in capital city of Moldova – Chisinau, Ivancha. It was first official championship of “Zirve” ISC in Moldova.
42 sportsmen with different age groups participated in this competition and there was very nice organizative opportunity. Vice president of “Zirve” ISC, World and Europe weightlifting champion Hafiz Suleymanov also participated in this tournament and this tournament was selection for “ I World Championship” which will held in 17-20th august in Khirdalan city. Results of this competition will note in general rating and the best sportsmen will take part in championship.
There were several important guests in competition which is held in Chisinau modern sport complex. One of them was the president of Moldova Weightlifting Federation Tudor Kasapu. Tournament was lighting by different local newspapers, sites and televisions. Kasapu did note that he believes “Zirve” ISC will give big support to improvement of Moldova sport. Mr. Kasapu took part in opening of competition and he did appreciate to president of Zirve Internationa Sport Clubs Tofig Heydarov for his works done.
Experienced specialist, director of “Chisinau-Zirve” sport club Sergey Kretun organizated this competition and it was very interesting competition. That was very nice to watch fighting of different age groups athletes for victory.
Results of Moldova tournament

Boyanka Kostova was the triumphant of Azerbaijan Cup!

Our athletes’ performance table was announced!